BEIJING On May 14, Peter Ho presented his new book ‘Unmaking China’s Development: The Function and Credibility of Institutions’ at the Embassy of the Kingdom of The Netherlands (press release). The event was well-attended with representatives of the China Ministry of Natural Resources, Wall Street Journal, Ford Foundation, CITIC, Singapore Straits Times, and the Dutch Financial Daily. See below for some visual impressions. 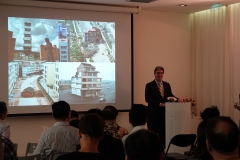 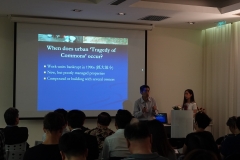 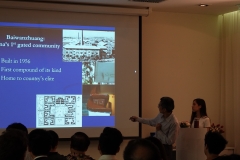 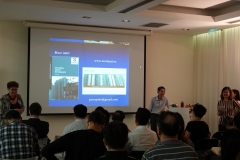 How is an institution defined?

Defined along these lines, a formal law or right of ownership is an institution inasmuch as informal, customary law regarding forest, fisheries or mining may be deemed an institution. In addition, one should be reminded that terms like ‘contract’ or ‘ownership’ frequently refer to (Western) conceptualizations of how institutions should appear based on certain axioms or political considerations.” See: P. Ho, “An endogenous theory of property rights: opening the black box of institutions”, Journal of Peasant Studies, 2016, 43/6, p. 1129.

Similarly, also rural share-cropping or a federal reserve can be considered institutions in that they represent a set of rules instead of a single rule on how, respectively, peasants minimize environmental and socio-economic risk in collaborative agricultural production, and financial markets are to be regulated through interest rates, credit flows and monetary supply. In addition, their operations are also guided through (written and unwritten) internal rules varying from communication to membership, allocation and penalty.” P. Ho, “An endogenous theory of property rights: opening the black box of institutions”, Journal of Peasant Studies, 2016, 43/6, pp. 1129-30