Funded by the ERC RECOLAND Project

The proposal to organize a workshop on institutions at TBM was born out of discussions among a small group of enthusiast academics. It was written with an underlying, dual rationale.

First, the term institution is a critical analytical concept with a broad inter-disciplinary application across the social sciences and humanities. At the same time, however, it lacks a commonly accepted definition. As a result, scholarly discussions tend to grow increasingly convoluted because it is unclear from which fundamental premises one starts. Second, TU Delft and particularly TBM, have a substantial concentration of people interested in and working on institutions. Many of these people might not know of each other, or each others’ work. Our workshop aims to provide a platform for such scholarly exchange.

“Institutions result from actors’ aggregate perceptions of a set of endogenously   evolved rules as a common arrangement.”

Whereby an institution is seen as:

We welcome contributions from different perspectives, in terms of the methodological and theoretical approaches followed (Original Institutionalist, Post-Keynesian, Marxist, Neo-Schumpeterian, Austrian, New Institutionalist, etc.), in terms of the type and methodology of inquiry carried out (historical, statistical, game-theoretical, system-dynamic, etc.) and in terms of disciplinary intersections (economics, sociology, political science, philosophy, planning, law, psychology, etc.). We are particularly in favor of contributions that provide insights on the questions outlined above so as to enhance scientific dialogue within different strands of thought.

The workshop initially aims to bring together people from within TBM, and serve as a stepping stone for the organization of a wider, international seminar on the issues above. 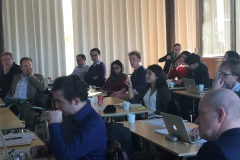 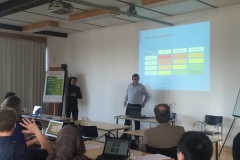 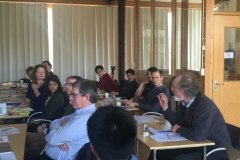 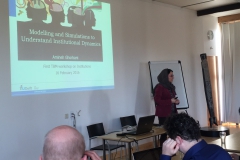 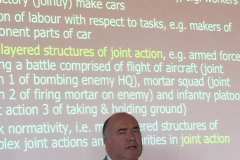 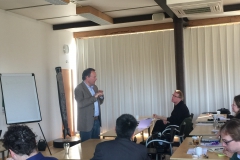