A significant innovation of RECOLAND is the formulation of the theory on institutional credibility, and on its foundations, a methodology for decision-making in development, with particular reference to urban and regional planning, agrarian change, resource and environmental management, and structural readjustment policies.

Credibility theory predicts that when institutions persist in time and space they are functional, thus credible. If not, they would have changed or gone extinct. This principle holds regardless the form of institutions – private/public, formal/informal, and secure/insecure – and implies the necessity for caution and restraint when considering the design and establishment of new institutions.

The immediate relevance of the theory for the understanding of policy is its refocusing from institutional form towards function, and its methodology that helps identifying the policy options in accordance with the role that institutions perform in a time and space-dependent environment. This is particularly important in a poor, developing context, where land plays a crucial role in the provision of social welfare and security.

Id est functionality, of institutions and property rights. This can be done through three indicators: 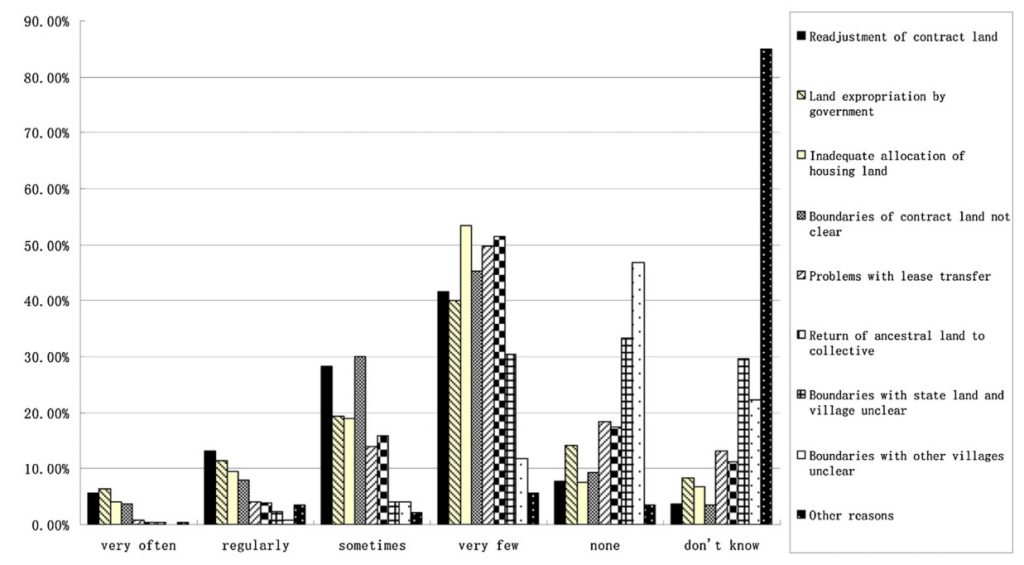 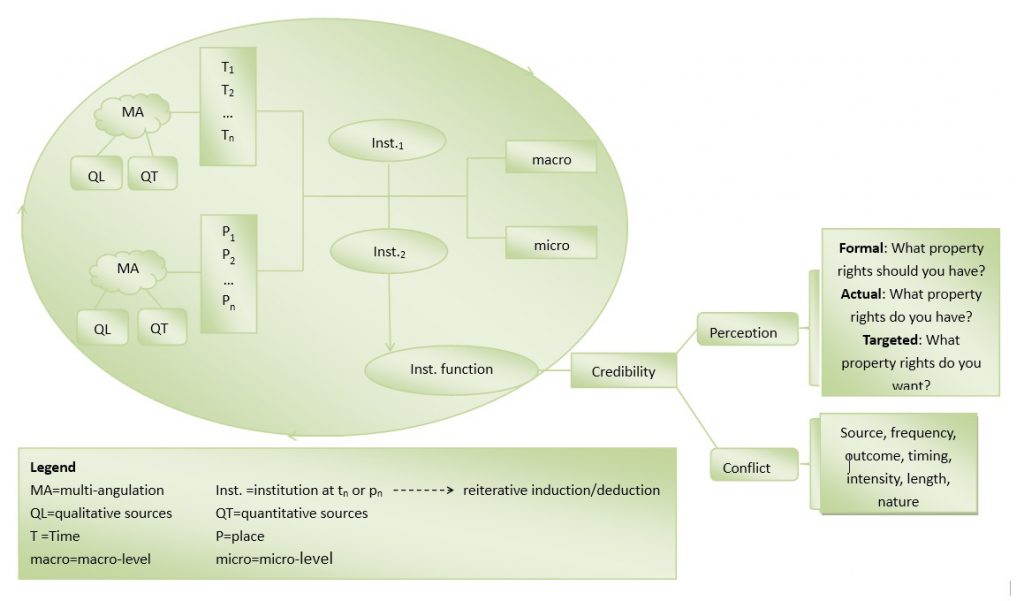 Step 2: Based on current credibility, explore policy options
This can be operationalized through the CSI-Checklist (Credibility Scales and Intervention Checklist). After the current levels of credibility have been assessed, the CSI Checklist may allow decision-makers to pinpoint available policy options. As credibility is not to be seen as a dichotomous variable, but positioned on a continuum, these policy options can constitute a mix including: non-intervention, co-optation, facilitation, prohibition and ordaining.

Currently the book “An Endogenous Theory of Property Rights” (edited by Peter Ho) is in the make. For further reading see the website of Routledge.

How is an institution defined?

Defined along these lines, a formal law or right of ownership is an institution inasmuch as informal, customary law regarding forest, fisheries or mining may be deemed an institution. In addition, one should be reminded that terms like ‘contract’ or ‘ownership’ frequently refer to (Western) conceptualizations of how institutions should appear based on certain axioms or political considerations.” See: P. Ho, “An endogenous theory of property rights: opening the black box of institutions”, Journal of Peasant Studies, 2016, 43/6, p. 1129.

Similarly, also rural share-cropping or a federal reserve can be considered institutions in that they represent a set of rules instead of a single rule on how, respectively, peasants minimize environmental and socio-economic risk in collaborative agricultural production, and financial markets are to be regulated through interest rates, credit flows and monetary supply. In addition, their operations are also guided through (written and unwritten) internal rules varying from communication to membership, allocation and penalty.” P. Ho, “An endogenous theory of property rights: opening the black box of institutions”, Journal of Peasant Studies, 2016, 43/6, pp. 1129-30