WUZHEN In the beautiful town of Wuzhen, Rem Koolhaas, architect of the CCTV Building in Beijing and the Pritzker Prize laureate, hosted an “interview marathon”. During this event he held non-stop interviews on new trends in China’s agriculture with leading intellectuals, artists, writers, planners and officials. Koolhaas engaged in the interviews through a high-speed video-conference link, each interview lasting 20 minutes. The interviewed persons included the rural thinker Wen Tiejun, Professor Peter Ho, PLA Genenal Zhu Chenghu, and the renowned novelist Chen Danqing. For more information, see the program. 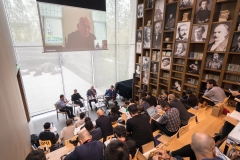 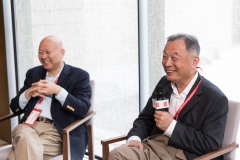 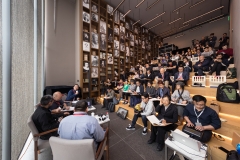 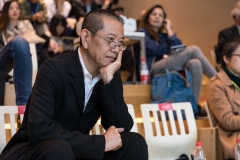 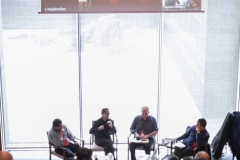 How is credibility related to intentionality (or agency)? What is Unintended Intentionality?

“Endogeneity – as an important premise in Original Institutionalism– holds that institutional structure is not the result of intentional design by which institutions can be “wrongly” or “rightly” engineered. Instead, it emerges in an autonomous fashion resulting from actors’ incessant, multitudinous interactions. Put differently, although actors may have intentions, institutions spontaneously emerge as an unanticipated outcome of actors’ infinite bargaining and conflict; in effect, result from an endogenous, Unintended Intentionality.” See Peter Ho, “Who owns China’s housing? Endogeneity as a lens to understand ambiguities of urban and rural property“, Cities, 2017, Vol. 65, pp. 66-77.